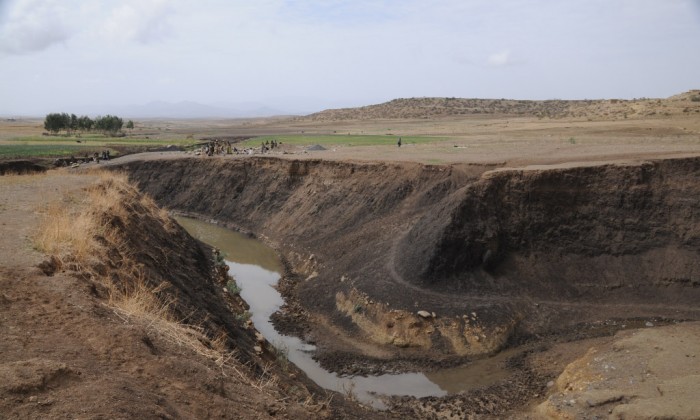 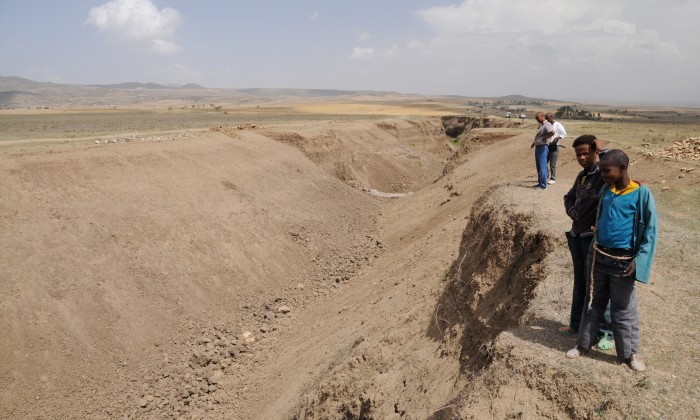 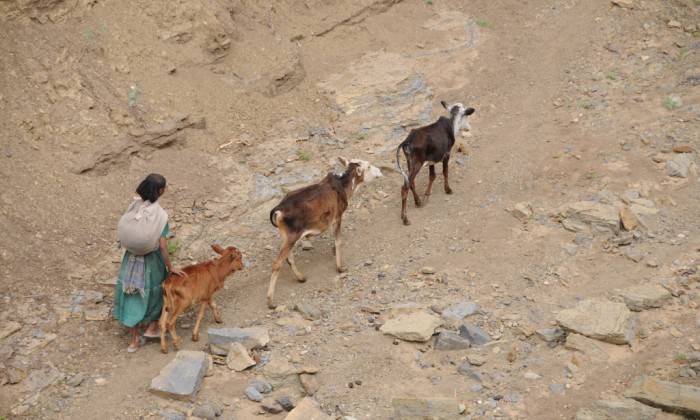 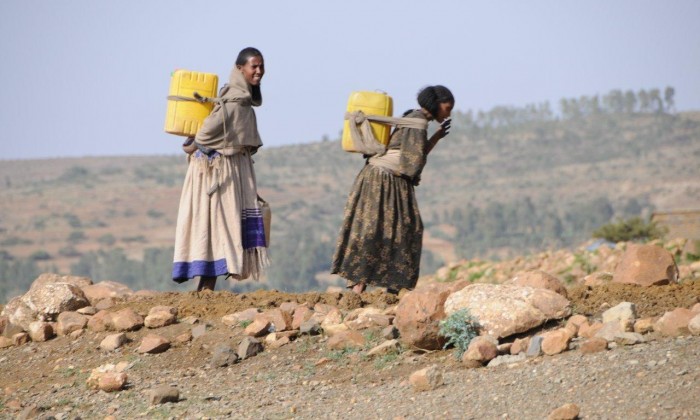 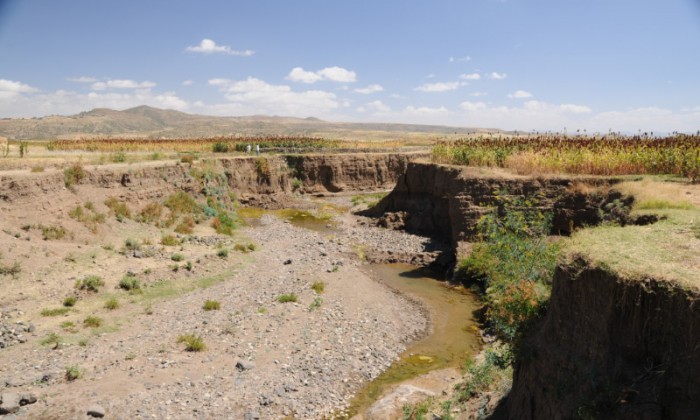 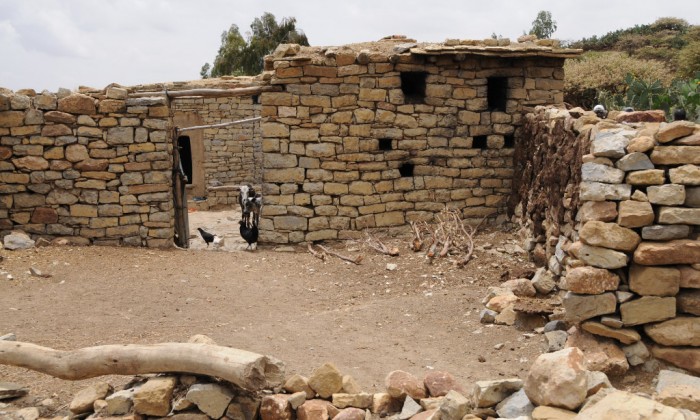 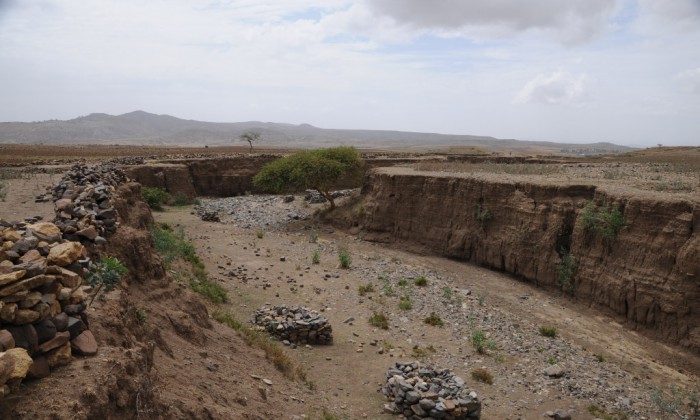 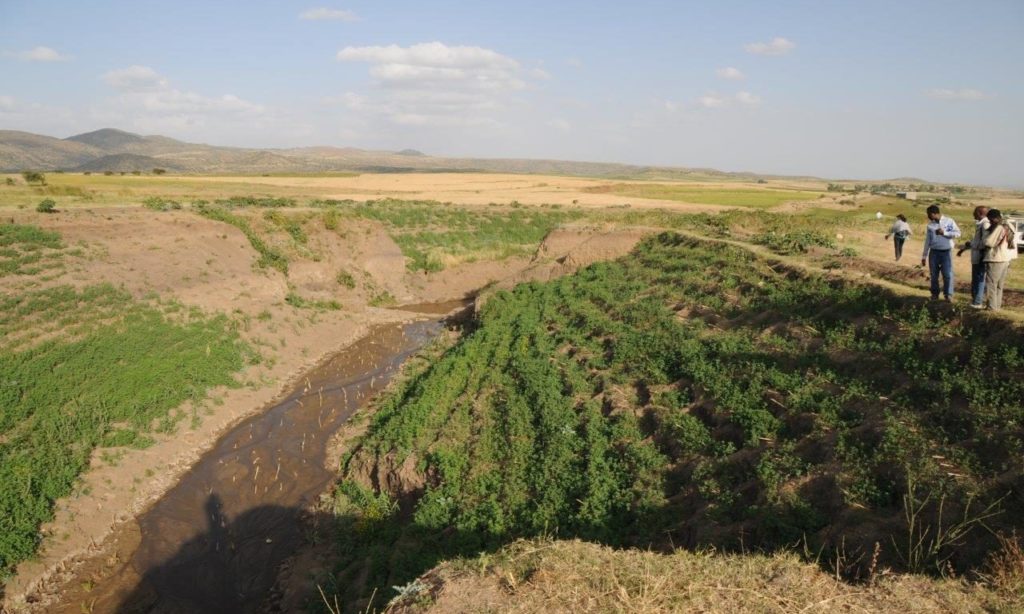 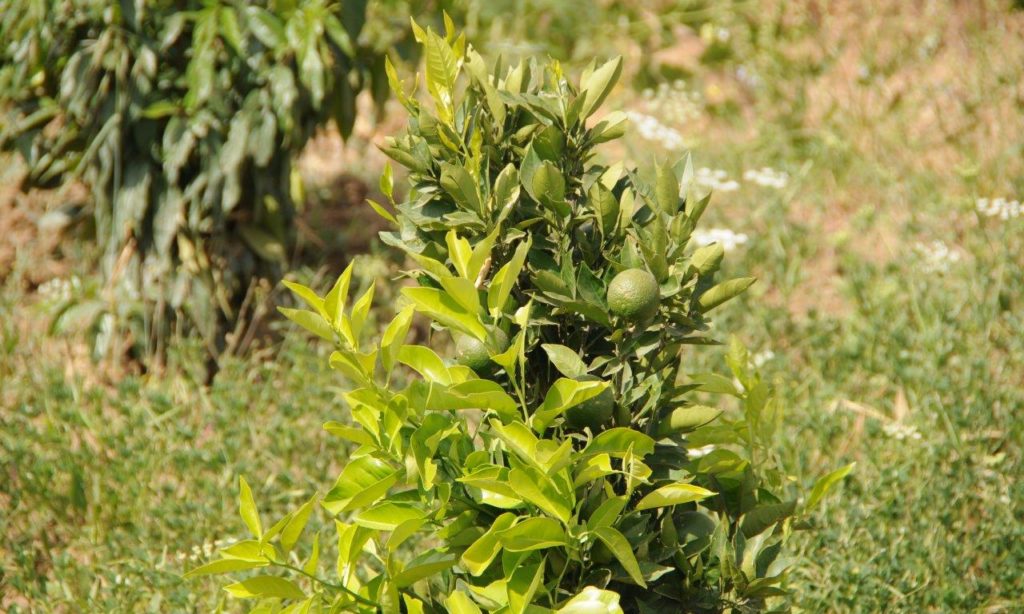 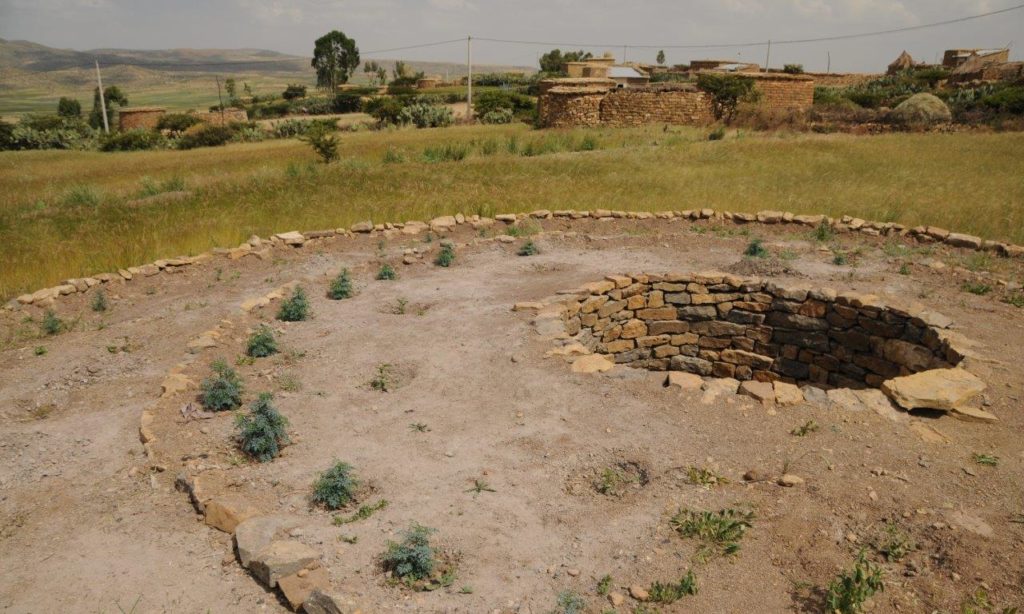 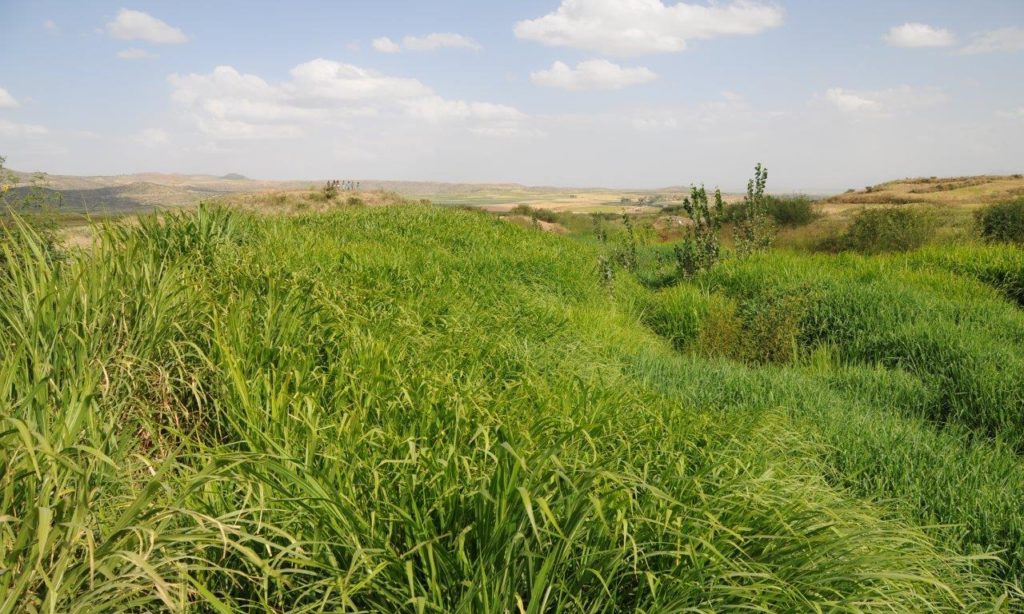 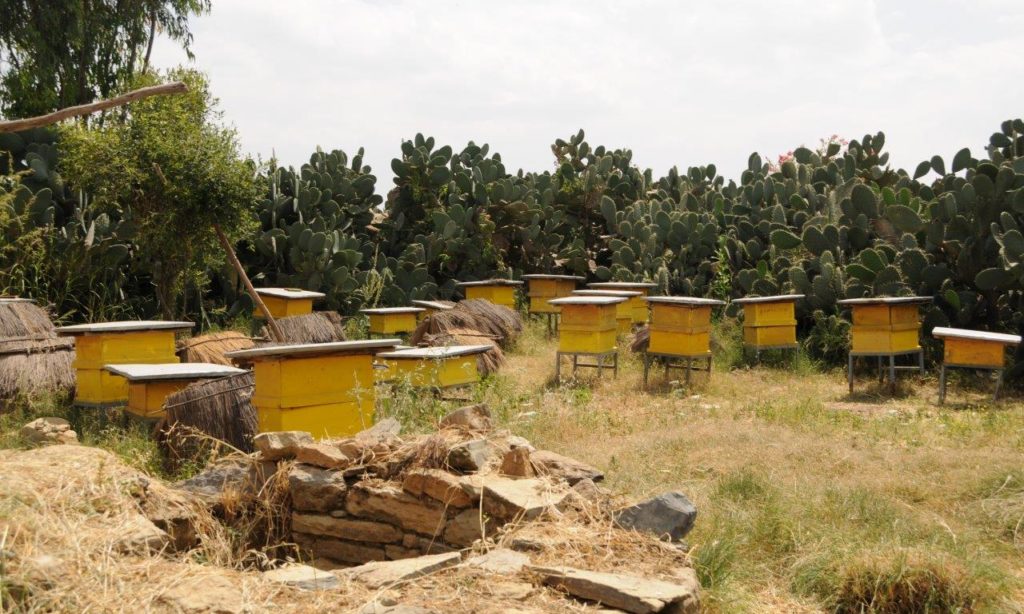 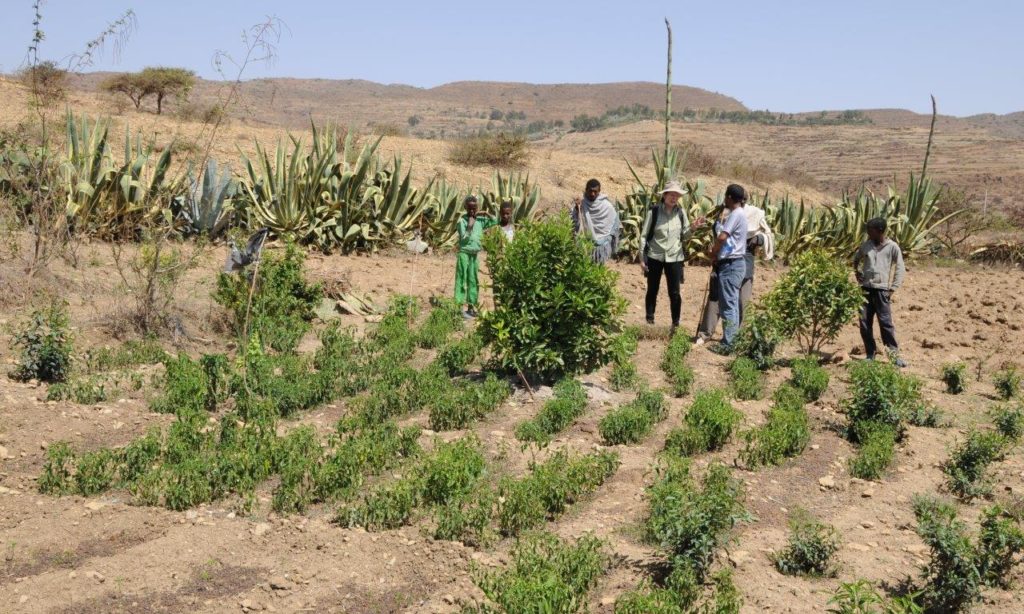 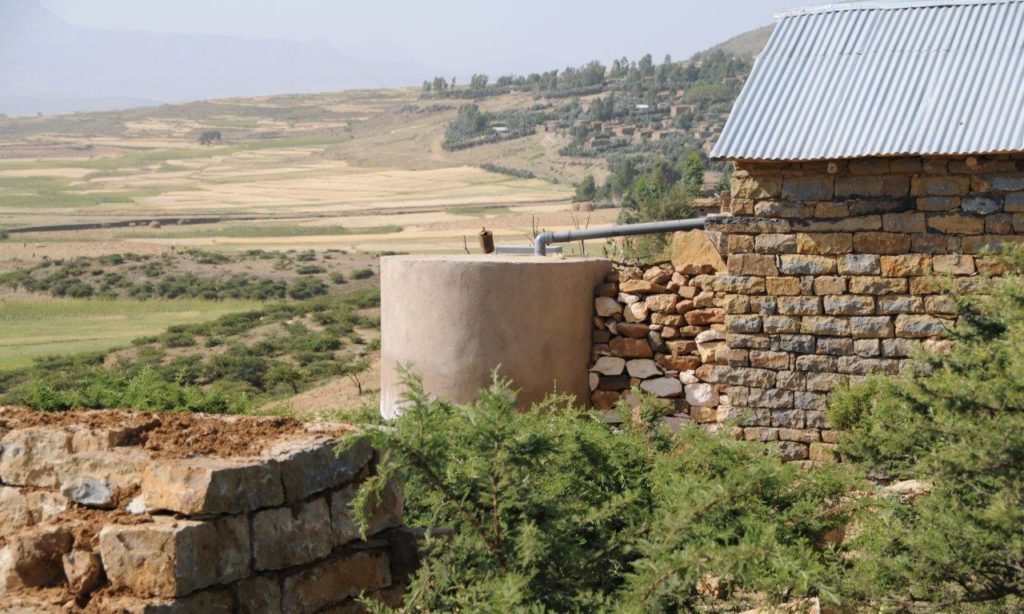 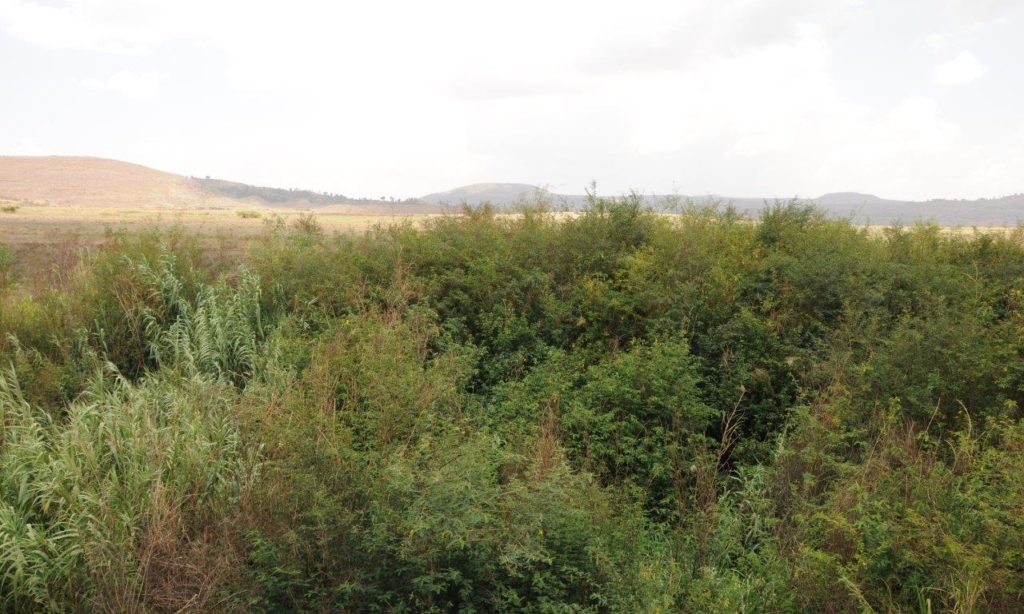 One of the major problems facing farmers in rural Ethiopia today is the widespread erosion of farming land. This is due to both mismanagement and the severe depletion of forests over past decades. Each year, precious soil is washed away by heavy rains during the wet season, resulting in declining harvests in many rural regions. This in turn has led to increased dependence of rural communities on external aid.

These issues lay at the heart of Ethiopian Enterprises’ first project in Hagereselam, a farming community in northern Ethiopia. The project had the objective of rehabilitating the degraded farmlands and erosion gullies in the area, and of providing the farming community with the know-how to manage and develop their own lands. Over a period of 8 years, large areas of eroded land were successfully reclaimed and the worst of the erosion was stopped. Hillsides which had been unproductive in the past were terraced, planted and used to slow the passage of heavy rain to the fields below. Farming activities such as poultry rearing and bee-keeping were successfully introduced, with the farmers receiving the appropriate training to sustain such initiatives.

Between 2010 and 2017, the water table in the area gradually recovered. New planting methods were introduced, enabling farmers to create cash income to reinvest in their farms. Rain-water collection systems were set up in hundreds of farmyards, further ensuring food security. And organisational structures were established to ensure the supervised continuation of the various project components by community members.

The turnaround achieved by this project was empowered by the financial resources provided by Ethiopian Enterprises, while the technical know-how was supplied by our project partner, Helvetas Ethiopia. The farmers themselves provided labour, materials and some of their own land in order to create a resistant, modernized micro-farming system.

We at Ethiopian Enterprises regard the project as an overall success. However, as with many projects in developing countries, cultural differences and poor awareness of the need for maintenance were definitely obstacles along the way. Throughout the Hagereselam project and also in our current work in Raya-Azebo, we have worked hard to keep the issue of maintenance in the foreground. We also make every effort to interact efficiently and sensitively with cultural differences.

But now, we suggest that you look at the ‘before’ and ‘after’ pictures from Hagereselam in our Gallery and see for yourself the huge benefits of this project for several thousand people.