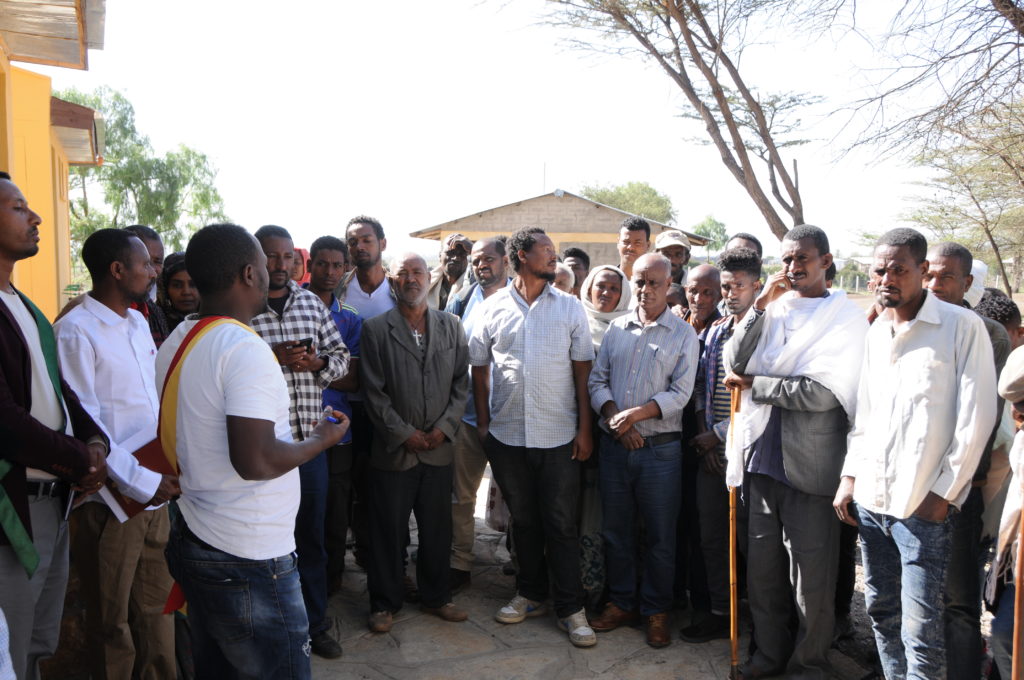 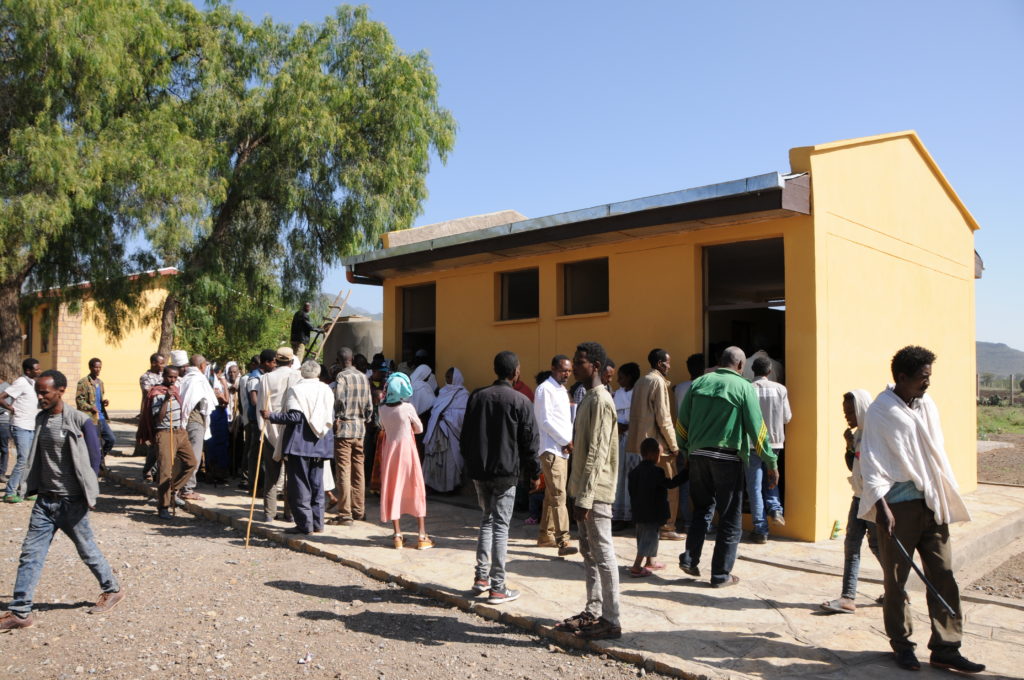 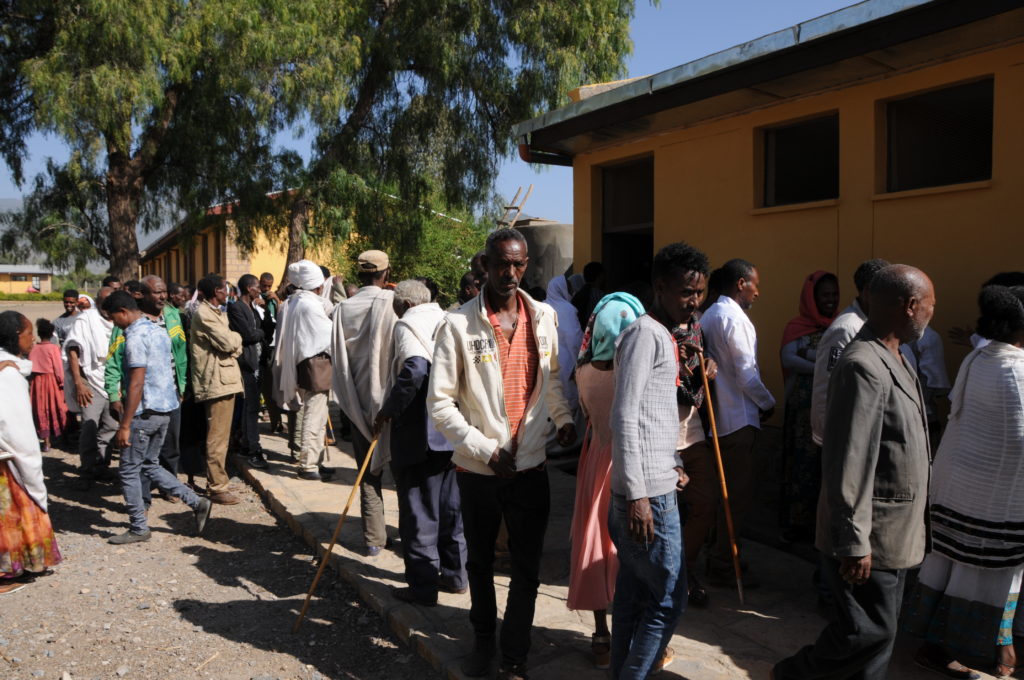 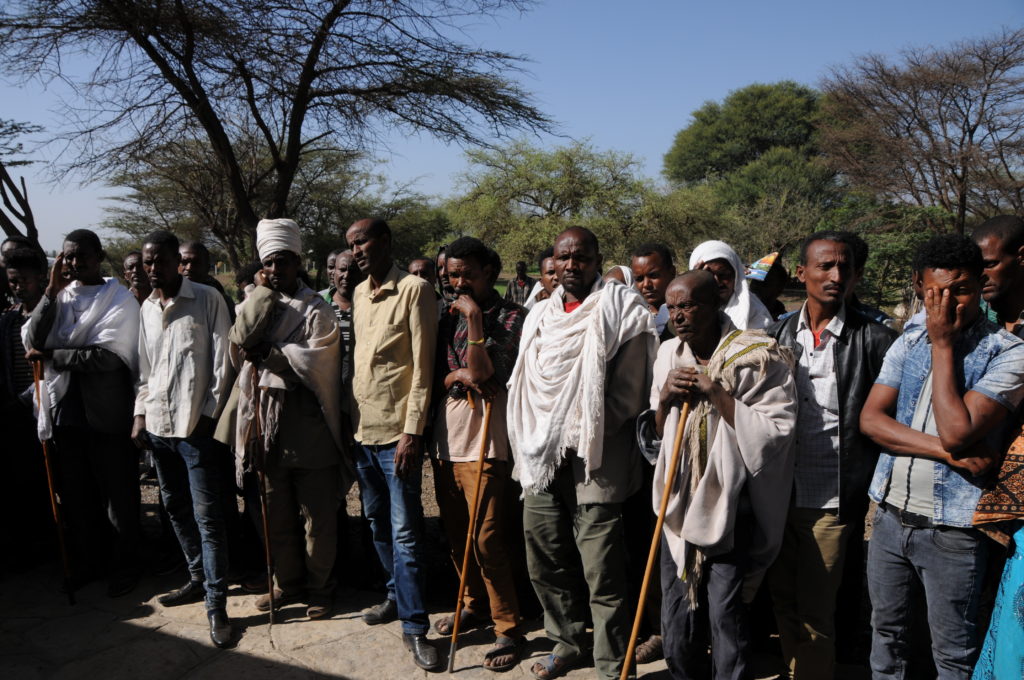 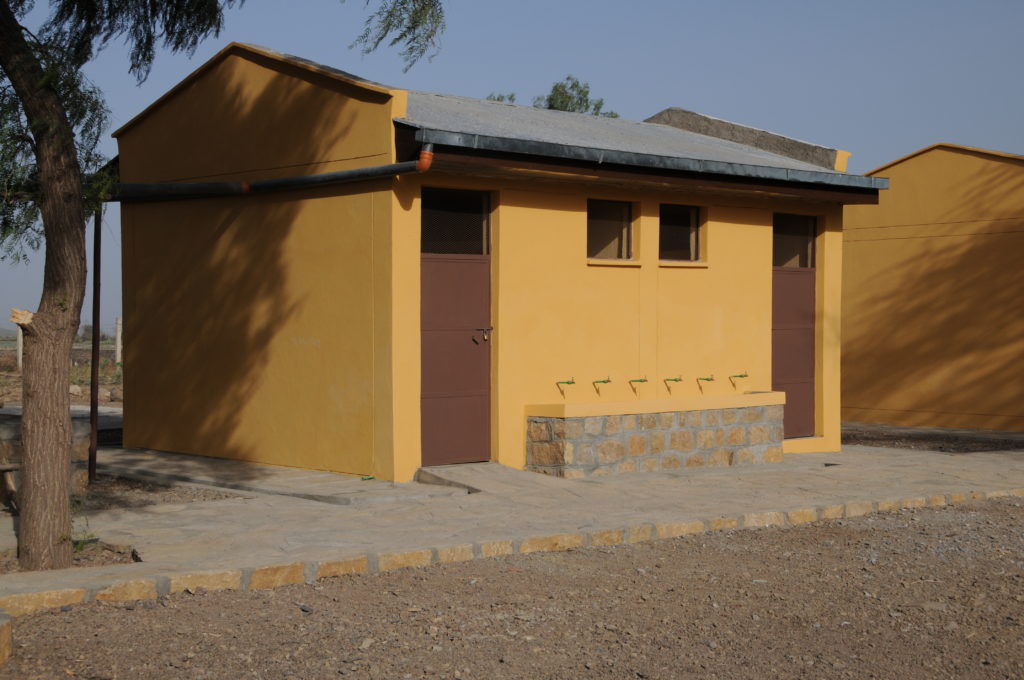 Finally. Our new toilet facility at Lemlem Baro School was opened on March 20th. A large crowd of government officials and parents gathered at the school for the opening. Not only were the visitors interested in the squat toilets with which they are already familiar, they were particularly interested in the so-called Calamino Cistern, an innovative rainwater-collection water tank which can be made by the farmers themselves using a special mold. This cistern was created during our time at Hagereselam with Helvetas, and we had always planned to introduce this innovation to Raya when the toilets were built. Rainwater in the cistern will be used for cleaning/’flushing’ toilets and hand washing, and we were very lucky this year: early rain in March filled the cisterns for us so that we could demonstrate the water flow at the opening.

The new facility with 8 cubicles for each boys and girls in two separate buildings represents a huge improvement for the school and its general hygiene level. Our thanks to all who contributed to this project.