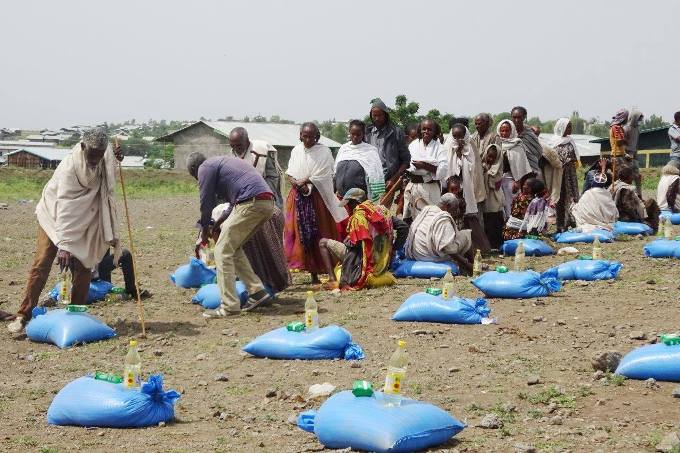 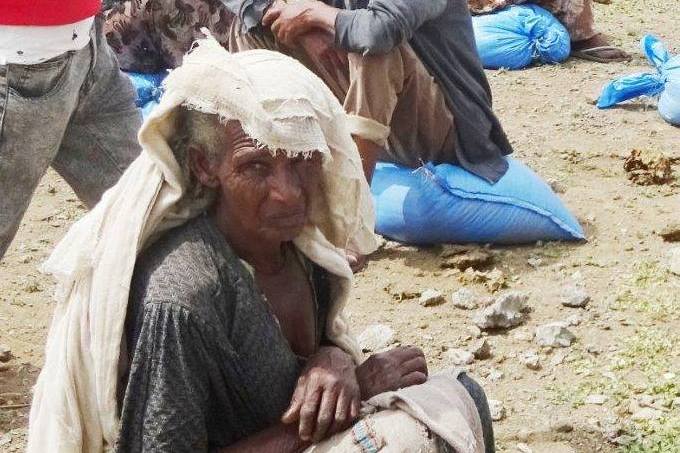 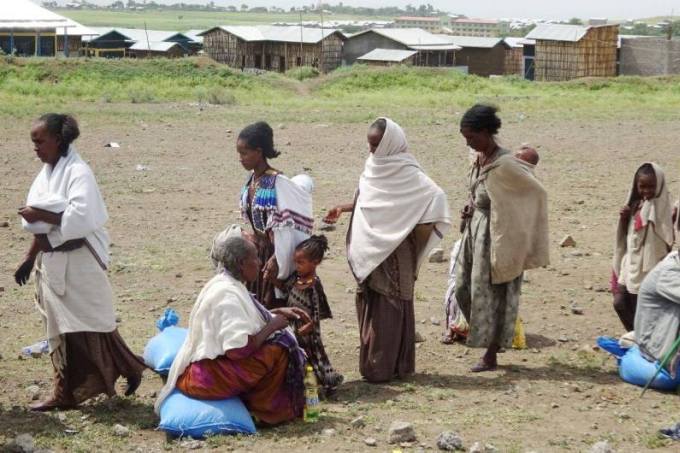 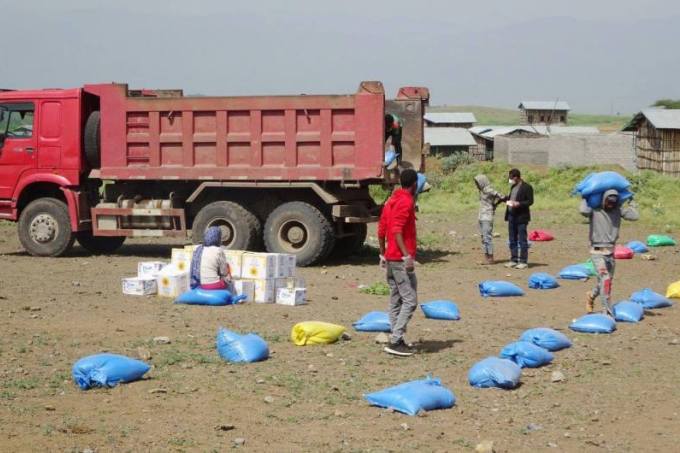 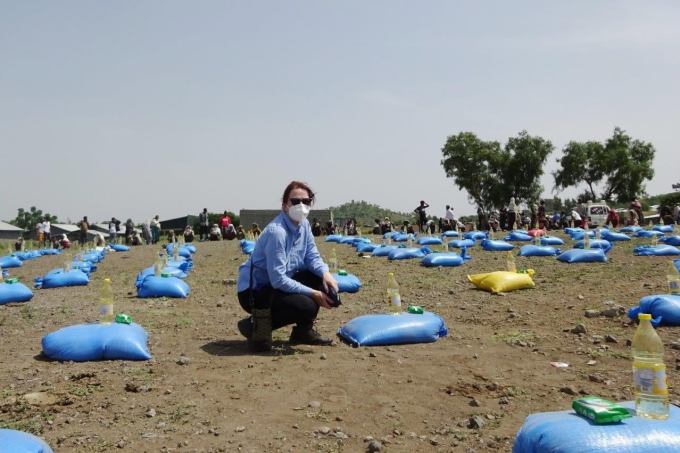 While she was back in our project regions of Mehoni, Raya and Cher Cher last month, EE board member Lesley was involved in a multitude of activities. One that made a deep impression on her was her participation in the allocation of emergency food aid in the region of Cher Cher, an hour’s drive to the south east of Mehoni over largely unsealed roads. We are sharing her report of the allocation below.

‘The millet for the final allocation to the high risk families in Cher Cher had been weighed and packed into the appropriate coloured bags before I arrived in Mehoni. The work had been done at Lemlem Baro school by a group of casual workers so it was all ready to be packed onto the lorry along with cartons containing bottles of cooking oil, and bars of soap. But on Wednesday morning when we were due to leave for Cher Cher, the lorry we had ordered was no longer ‘available’. Fortunately our manager was up at 4 am overseeing preparations and contacted the construction team from our new school. There was a lorry at the site and the driver agreed to make the delivery for us. By 5 am a group of young labourers had packed all the remaining grain onto the lorry and it was on its slow drive to Cher Cher with two of our teachers from Lemlem Baro accompanying the load to check that there were no ‘mishaps’. Two hours later, we followed them.

On the way, I saw a number of the mud/branch houses which are typical for the Cher Cher region which often have beautifully decorated ‘eaves’ under their rooves. In some cases there were animals lying contentedly in front of the houses and I would have loved to stop and take more pictures. But on this morning there was no time. By the time we arrived at the site, the bags were already being laid out at intervals over a large field. On one side of the field there was a group of soldiers who were very surprised to see me getting out of the van. Actually they were surprised at the whole scene as they had been planning some sort of military exercise on the site and had not been informed that it was reserved for us that morning. Fortunately, a short discussion was all that was needed to solve the issue, helped by the fact that we had government officials from Cher Cher with us.

While we were adding the oil bottles and soap to the bags of grain, the recipients arrived. It took a long time for them to get their names checked on a register and to be allowed to sit on their bag. Part of the problem was that many of the older designated recipients were too weak to even walk from their home to the field and had needed to send a neighbour or family member to collect for them. These had to be checked as well. Our workers helped many of the older, ill people to carry the grain to their homes.

For now, this was EE’s final allocation. Since the closure of markets in April we have raised close to CHF 100’000 for emergency help from two foundations and dozens of our private donors. We have literally saved thousands of lives in our regions with these allocations and our manager Melkamu Abate must be thanked yet again for the huge extra workload he has had. In addition, our school teachers Haftom Niguse and Fitsum Woldesenbet have contributed to these allocations made throughout our project zone, as have other workers from our school.’